I’m originally from Boston, which you would know immediately if you could hear me speak. I was graduated from Mt. Holyoke College, got married to Owen and we immediately headed west. When we reached the Pacific Ocean, we headed north, finally stopping on a hill outside Fairbanks, Alaska. From my front window overlooking the Tanana Valley, I can watch the sun set behind Denali in the winter months.

On my way to Alaska, I acquired an MFA in Film Writing from UCLA and worked as a staff writer at Westways Magazine. My articles and stories have appeared in The New York Times, The Christian Science Monitor, Yale Alumni Magazine and Ranger Rick.

I was named Alaska Writer Laureate 2002 – 2004, the only playwright - so far - to be so honored. My plays have been produced in Alaska, California, Massachusetts and Kentucky. I’m a member of the Dramatists Guild of America.

From 2012 – 2017, I produced my play, The Winter Bear, in 42 cities, towns and villages all over Alaska in my capacity as Executive Director of the non-profit The Winter Bear Project. I serve on the Board of the Alaska Humanities Forum and I am a founding member of the Looking Glass Group Theatre, which has produced over 100 ten-minute plays by Alaskan writers since its founding in 1999.

My husband, a retired pulmonary physician, and I came to Alaska for a one-year adventure over 40 years ago. We stayed to raise two sons. Now we have in addition two accomplished daughters-in-law and three spirited granddaughters. The adventure continues! I feel privileged to live so close to wilderness in a place where Alaska Native culture infuses every aspect of life with respect for the natural world.

Download a high-resolution head shot of Anne Hanley for print use. 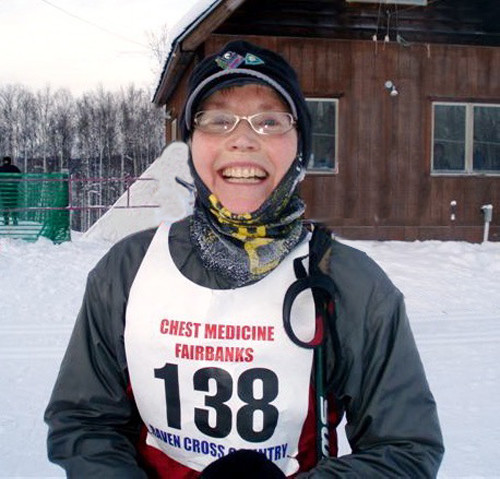 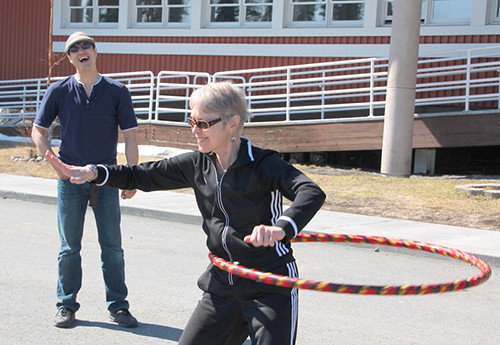