In 2007 I wrote a play about an Alaska Native teenager who was planning to commit suicide until Koyukon Athabascan elder Sidney Huntington (1915 – 2015) turned him around by teaching him how to hunt a winter bear with nothing but a spear.

From 2013 – 2016, I produced The Winter Bear along with related outreach, in 42 cities, towns and villages all over Alaska for the non-profit Winter Bear Project. To date, over 10,000 Alaskans have seen the play and over 4,000 students have danced, sang and played theatre games with us in our related school outreach programs.

It must be a thrill to have a show open on Broadway, but for me nothing can match the thrill of hearing that collective intake of breath when an audience in a drafty school gym realizes they’re seeing a version of their own story on our makeshift stage. There’s no reward quite as sweet as hearing an old Koyukon man in a wheelchair whisper, “You got it right.” There’s no sound as satisfying as listening to an audience give a standing ovation to the young Native actor playing the teenager because they can feel he’s had to wrestle his own demons to play the part.

In 2017, Perseverance Theatre, Alaska’s only non-profit professional theater, became the producer of The Winter Bear, carrying on our tradition of touring the show to the people who understand it best and need it the most: Alaskans in rural locations where the suicide rate for young Alaska Native males is four times the national average.

I’m grateful to Sidney Huntington and his family for allowing me to share both the good and the difficult parts of his life. “You can go for it,” Sidney said, “if you think it might help even one kid.”

Check out the Winterbear Project website. The pictures will make you smile and the words will give you hope.

View a scene from The Winter Bear, on YouTube.

View an excellent 30-minute documentary about The Winter Bear tour to Yukon River villages on Vimeo. 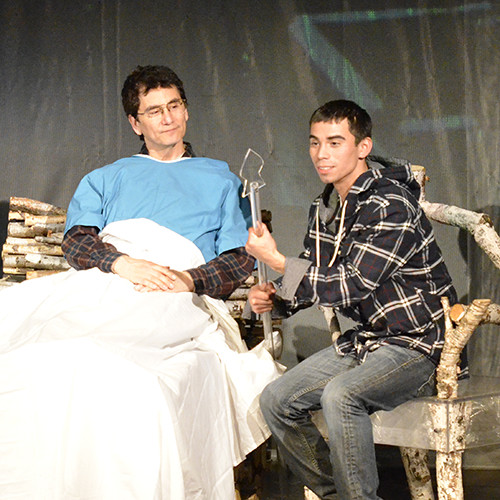 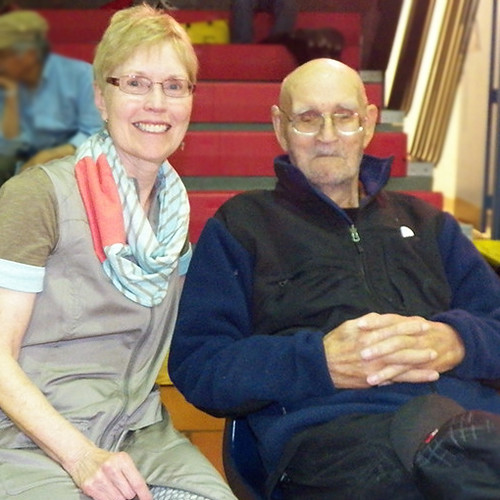